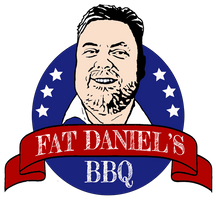 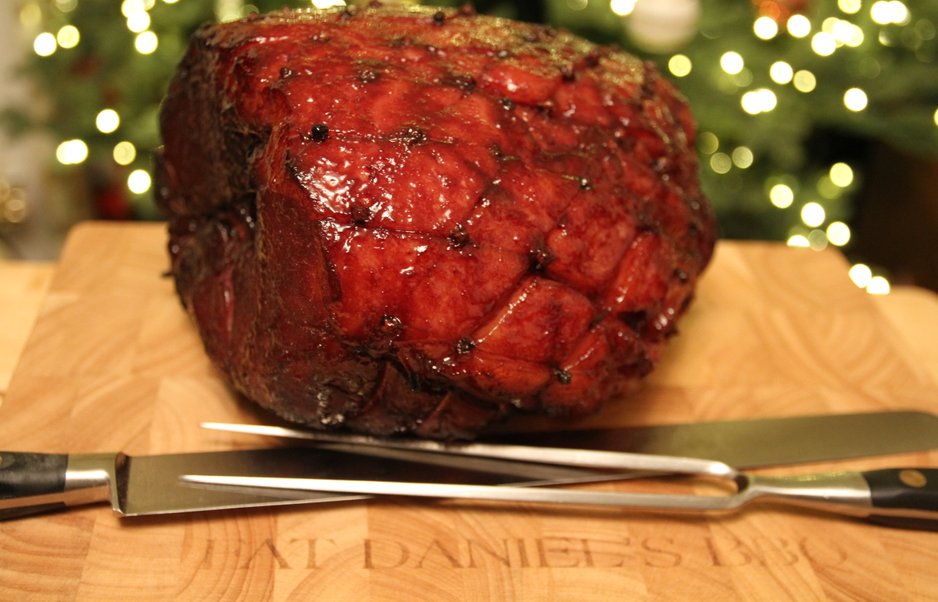 Growing up we had many Christmas traditions but gammon / a Christmas ham always featured.  Christmas dinner was always a bird of some sort (usually Turkey, but goose and multibird roasts also made notable appearances) but Boxing Day was always about the cold cuts - the bird from Christmas dinner, a homemade pork pie and a Christmas ham all served with jacket potatoes, a selection of homemade chutneys/pickles and a light salad.  Later in the Christmas holidays we’d get together with the other side of the family & it would nearly always be a glazed ham with all the roast dinner trimmings.  So, here’s a Fat Daniel’s take on the Christmas ham with some Christmasy spices, some sweet, fruity notes and a decidedly grown up boozy kick.  Serve it hot or cold and enjoy!

Gammon joints vary considerably in size and you should select one according to the number of people you are looking to feed.  I tend to get a whole gammon (boned, rolled & tied) which comes in around the 6 kg/13 lb mark as there’s always plenty of ways to use up any leftovers but, personally, in order to keep the meat juicy & succulent I wouldn’t go below 2.5‑3 kg/5‑6 lb 8 oz, which will comfortably serve 8.  If you are cooking a ham of this smaller size you should reduce the glaze ingredients by half otherwise you will not use up all the glaze when cooking the ham on the BBQ.

In my book a Christmas ham should always have a good lick of smoke to it but whether you buy a smoked or an unsmoked gammon joint is entirely up to you.  If you are planning to cook the gammon in a gas BBQ or the oven in your home I would tend to recommend a smoked gammon (you’ll not get any smoke flavour otherwise).  However, if you’re cooking this over coals or in a smoker I’d say go for an unsmoked gammon as this allows you to adjust the type of woods you use and tailor the smoke profile to your own liking.

Never let it be said that you can’t multi-task.  While this recipe is all about the Christmas ham there is another string to its bow.  If you strain and reserve the cooking liquor you boiled the gammon in this makes an awesome base for some good old BBQ beans.